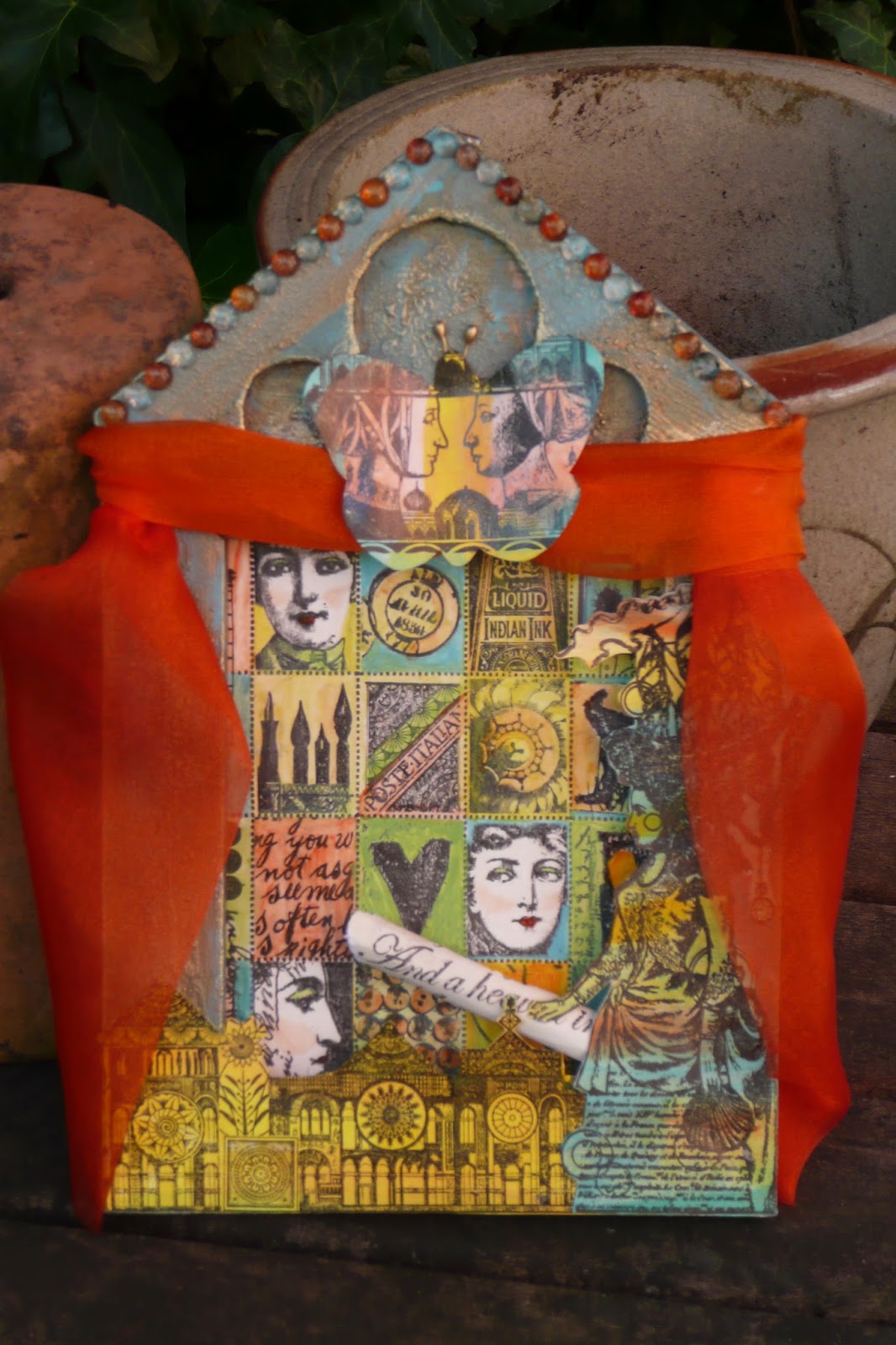 This week on Paper Artsy sees the return of the very clever Julie Ann Lee as Guest Designer. This week Julie Ann has drawn on the dramatic arts for her inspiration and produced an amazing theatrical journal over three nights, which begins here. I am not a journaller but I really wanted to make something inspired by Julie Ann and the gorgeous Lynne Perrella stamps she has used, so I used a 'stage' shaped wooden frame instead.

I painted some cardstock as Julie Ann had done, following her colours, and stamped the houses from LP028, and the 'Marie Antoinette' figure as I am calling her from LP001. I thought I had the stamp set Julie Ann had used for her actors and looked in vain! I loved the way she had stamped the two figures from LPC015 on the butterfly shape so I copied this. I stamped the collage from LP030 on cardstock painted with Vanilla and then painted it with translucent shades of Fresco. I loved the William Blake quote Julie Ann had used from ELB05 and I didn't have this set so I promptly ordered it!

I used some dew drops on the arch to represent the stage lights and the curtains are pieces of organza. I had intended to have the full William Blake quote in the centre of the frame but I liked the collage so much I didn't want to obscure it. In the end I decided that Marie Antoinette would be holding the rolled script in her hand whilst waiting in the wings behind the curtain. Why she should be in this particular guise, wearing a ship on her head is anyone's guess, but at least she no longer has a shell for an umbrella - I snipped that off!

I am entering the Paper Artsy challenge which is here.
Posted by Lucy Edmondson at 13:10