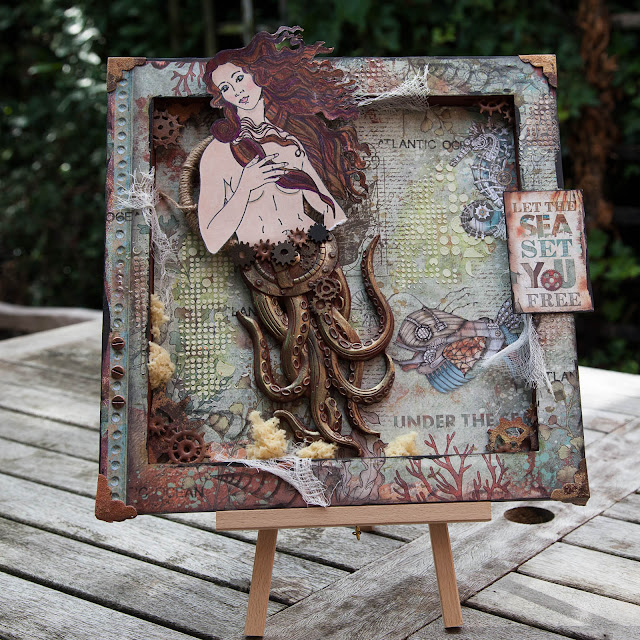 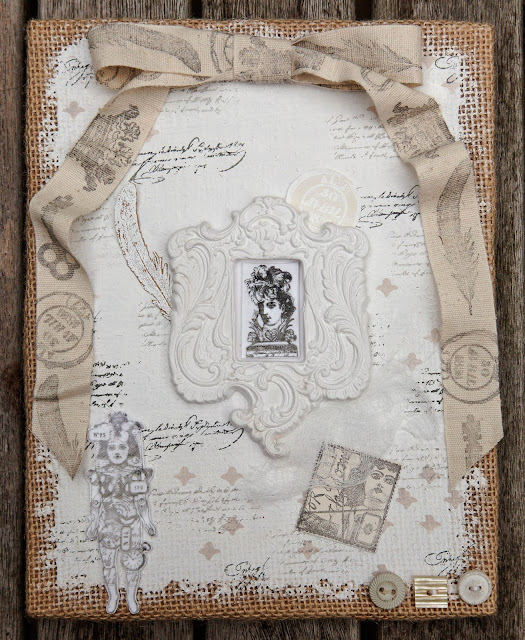 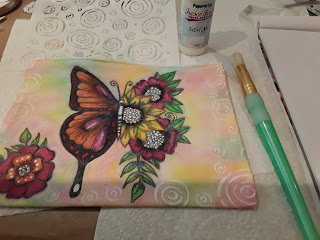 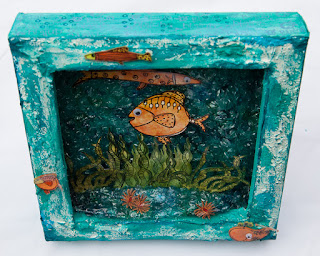 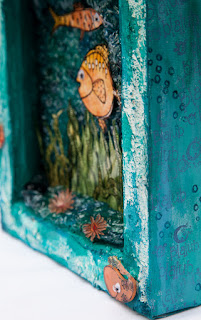 I'm delighted to be on the PaperArtsy Blog tonight with a post using Tracy Scott stamps for their Shaving Foam topic. I would be delighted if you would leave me a comment. 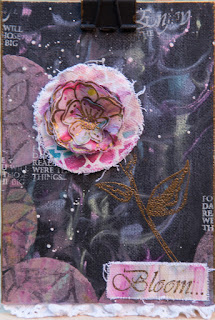 I'm very pleased to have a project over on PaperArtsy's blog for their carved stamps topic using Lin Brown's beautiful stamps in this style. 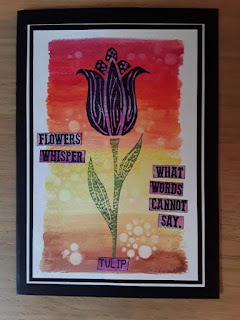 I used Neocolor Crayons to make the background and one of Lin's stencils. I do hope you like it. You can see it here.


Posted by Lucy Edmondson at 19:06 No comments: 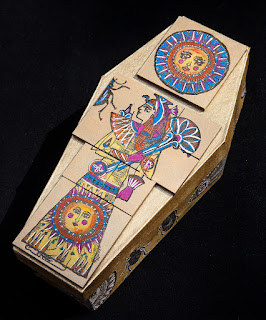 I'm very pleased to have a project over on the PaperArtsy blog for their Inchies and Twinchies theme using Lynne Perrella's recent release featuring Egyptian themed stamps. I made a 'sarcophagus' paper mache box with Stampbord pieces and Fresco Finish acrylic paints. I hope you like it! Thanks for looking!
Posted by Lucy Edmondson at 19:00 1 comment: