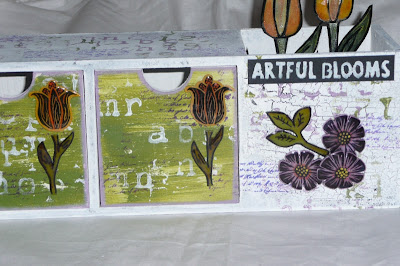 This week on Paper Artsy the Guest Designer is one of my faves, Carol Quance. She has made several gorgeous projects and having searched high and low in my craft room to try to find my pencil cases earlier in the week I had a reprieve when she made a pencil pot here, so I thought I would make one of these instead, using the beautiful Lin Brown Eclectica stamps which are quite new to me and I am really enjoying using. So that was my first problem. My second problem was that I had lent my new set to Petra when I gave her back her tulip set, so I was using things I had already stamped out the previous week. This is what I had already done, and following Carol's suggestion I added the stamped script on the leaves which I really liked. I used Snowflake Fresco:- 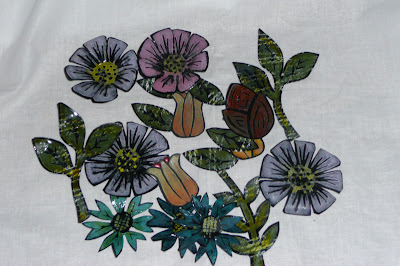 The other thing I had made the previous week was a bunch of shrink plastic pieces which ended up being the focus of my project. Because I didn't have a tall pencil pot like the one Carol used, I couldn't really have climbing stems of flowers which had been my intention, so I mainly used these:- 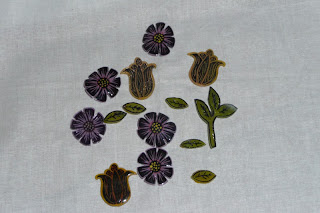 For my colourscheme I painted the main part of the unit in Little Black Dress, then Crackle, then Snowflake, and the drawers in Snowflake, then Crackle, then a mixture of Hyde Park and Hey Pesto, with a little Pansy round the edges as Carol had done, which I loved, and wouldn't have thought of myself. I stamped script from LP 014 and the Letters and Number from Words Plate 2. I added the shrink plastic pieces to the front as shown, and the Artful Blooms wording, stamped in Snowflake on black card. The tulips have been stamped with various shades of Frescos on black card stock with some shading added and some Metallic Glaze, then clear embossing and then the petals added and peeled back. I had to cut away then re-add the leaves so they didn't overlap within the pencil pot section. 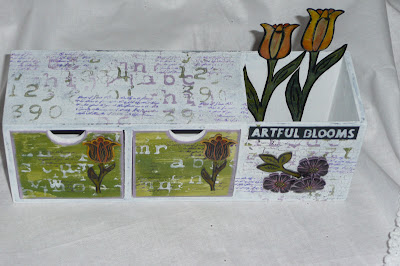 Just a side view to show that the stamping on the top follows on down the side. I had intended to cover the top with the big flowers but I don't think it would have worked. 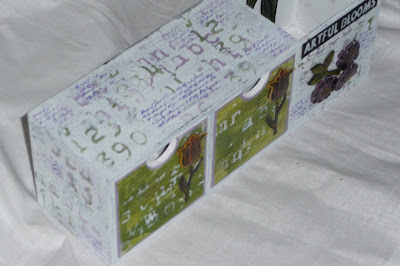 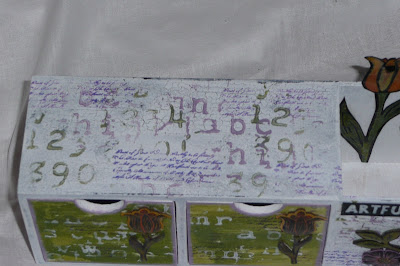 I am entering this into this week's Paper Artsy challenge which is here. 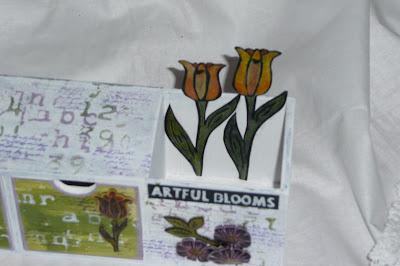